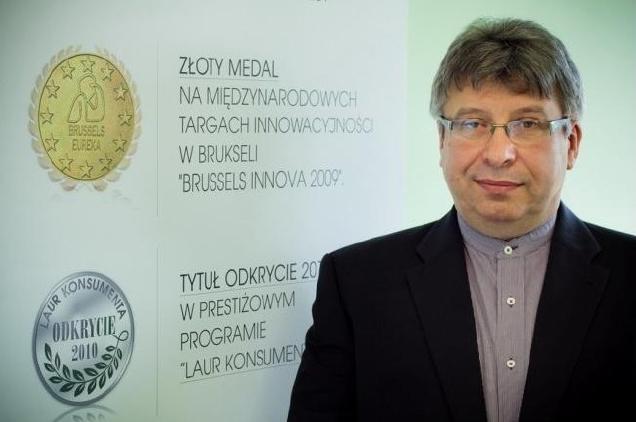 All scientific studies state that a healthy person should drink at least 2.5 liters of water a day. The only question is: what water? This question is answered by Zdzisław Oszczęda, president of NANTES

You have something in life that is only given to a few?

It is a great feeling, but also a great responsibility, to be aware of an invention that can change people’s lives: to improve their health, support treatment and, in a certain sense, improve their standard of living. I can help if I reach out to people and make them aware of the importance of my patent.

Water is omnipresent in our lives. But do we really know everything about water?

As a seemingly simple and long recognized substance, it constantly surprises scientists with its properties. It is a unique matter. It has not been fully explored so far. Its secret lies, among other things, in its macrostructure. The structure of liquid water resembles a liquid crystal. Its structure is commonly varied by temperature changes and the application of pressure, thus achieving the intended properties of the water. However, the options in this regard are limited. At Nanolaboratory Nantes in Bolesławiec and at Stomadent, we have been researching nanotechnology for several years. One of the results of these studies is water with a changed structure, which we call “Nanowoda”. Later studies have shown that the nanowow particles are larger than nanometric. The name Nanowoda, however, remained a trade name, although it is not related to the physical characteristics of Nanowoda. At present, we also use the term “plasma water”.

How did it all start?

This invention would not have been possible if a few years ago I had not met two people who infected me with a passion for nanotechnology. Thanks to them I found out for myself what Nanowoda can do and how extraordinary the results of using it can be. For centuries, water has been a natural medicine, treating various diseases and maintaining normal homeostasis in the body. This is the basis of proper functioning. Ionic balance disturbances and an excess of free radicals mean that the apoptotic mechanism in cells ceases to function and, instead of replacing cells with damaged code, their uncontrolled replication occurs. Nanowoda, that is our plasma water, turned out to be an excellent solvent, an excellent “transporter” of substances dissolved in it to the cells, and a kind of “medium” that cleanses the body by removing damaged cells. I decided to invest in a solution whose potential seems unlimited. This is how the Nantes company was founded.

Was your invention appreciated?

In recent years, I have put a lot of effort, work and money into documenting the potential of nanowoda and nanotechnology, and to make the results of our research useful and easily accessible to everyone. This period was not just a success story. I also experienced a brutal reality: bouncing off official barriers, walls of distrust and suspicion, and fighting the absurdities of Polish law, which sometimes prevent real innovation and development. However, over time, all these adversities were relegated to the background thanks to solid work and obtaining specific facts confirming the importance of our invention and its effectiveness. In recent years we have proved that plasma water can help and our primary goal is to use it to help people. That is why we not only provide the results of our work, but also the Nano-tube itself. If someone who is skeptical wants to research it on their own or has a new idea for using it, we invite you to cooperate, because the potential of this invention is unlimited.

We change the macrostructure of water by treating it in a low-temperature plasma reactor. This gives the water properties unique to nature. Among the many recommended and reported in the literature ways to make drinking water healthy, it is proposed to drink water from melting ice, and even better from glaciers, drinking water aerated, and even saturated with oxygen. Certain physicochemical studies of the structure of such waters confirm their difference from normal drinking water which is used every day, but at the same time these studies confirm that such waters quickly lose their specific properties, becoming similar to ordinary tap water.

Plasma water that we produce is the so-called declustered water, i.e. water in which the plasma we use destroys the macrostructure of ordinary water. Due to the presence of air, oxygen and / or mineral salts in such water, a new structure is formed from the declustered fragments of water, the so-called clathrate structure. Clathrates, such specific cages made of water molecules, are stabilized by the components contained in the plasma water. The structure of such water resembles the structure of water formed from melting ice, but unlike the latter, it lasts for months, can withstand heating to boiling even in microwave ovens, it can be dissolved in alkalis, mineral salts and detergents without fear of decomposition. Our NanoWater is broken down only by acids, especially strong inorganic acids such as hydrochloric, sulfuric and nitric acids.

We’ve also mastered how to get these parameters to suit different nanowater applications. We transform Nanowater for cows to drink differently than for medical research. Nantes cosmetics contain slightly different Nano-water, vegetables are watered differently. Depending on its purpose, the plasma is exposed to distilled or deionized water, mineralized water (including tap water) or highly mineralized water.